TikToker goes viral, says he was ‘fat-shamed’ by a homeless man 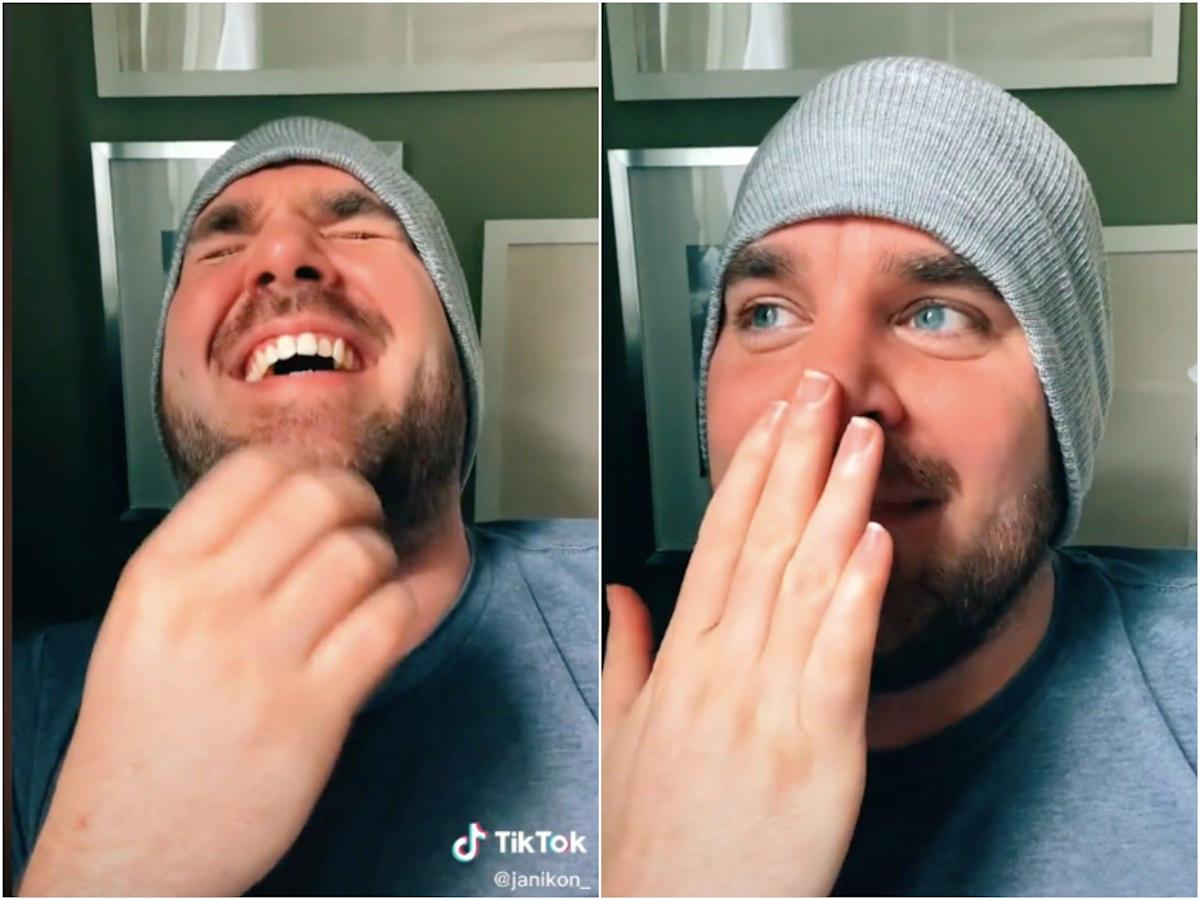 Stuart Jeffery, better known on TikTok as @janikon_, described how he was "fat-shamed" by a "homeless man" after buying him a McDonald's meal in a viral video.

This TikTok-told tale of a man’s good deed fail has gone viral.

Social media influencer Stuart Jeffery took to TikTok this week to share his experience buying a meal for a homeless man — only for the man to advise him to eat healthier.

The amusing video has been viewed over 2.3 million times as of this writing and has inspired other platform users to share similar experiences.

“I just got back from … I can’t do it,” Jeffery, who goes by @janikon_ and has over 648,000 followers on the platform, says in the clip, barely able to talk between fits of giggles. “It’s so terrible,” he laughs, before trying again.

“I just got back from McDonald’s where I went to get a coffee, and … there was a homeless man sitting outside,” Jeffery continues. The man asked him for change but, having none, Jeffery offered instead to buy the man some food.

“He was like ‘Sure, can I get a coffee with two creams and a Big Mac.’”

Jeffery, a 35-year-old Toronto resident, bought the food but, as he was handing it over, the man warned him “in the future, a word of advice, I would lay off the Mcdonald’s,” Jeffery recounts, barely holding it together.

“I was fat-shamed for doing a good deed,” he concludes in the clip, which is captioned: “No, I can’t re-record this, I’m laughing too hard.”

The video’s comments are full of stories shared by people who have also done what they thought was a kind act, only to be hated on in response.

“One time I gave a homeless man at the intersection some money and he said I should clean my car out,” wrote one commenter.

“I once gave a homeless man a 20 while stopped at an intersection,” chimed in “Superstore” and “Chicago Party Aunt” actress Lauren Ash. “Don’t worry, not all men like skinny women.”

Another viewer also had a similar experience, while eight months pregnant.

"As I'm walking away after giving him his food, he says, 'Hey Lady, you walk like a horse,'" she wrote.