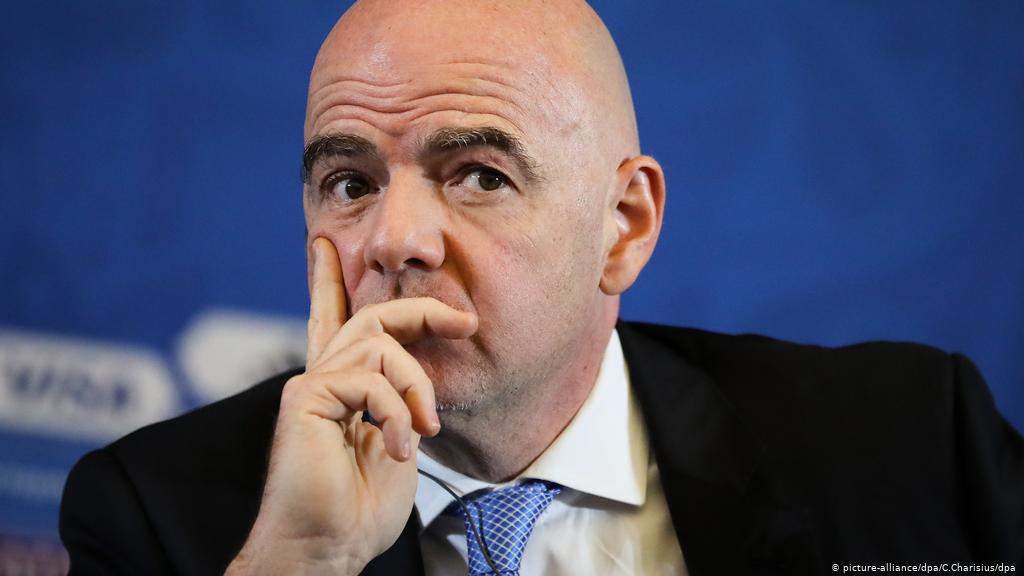 During a trip to Israel, Fifa President Gianni Infantino proposes an idea that the Palestinians did not appreciate.

Gianni Infantino has proposed Israel co-host the 2030 World Cup with its Arab neighbours – potentially including Palestine.

The Fifa president raised the prospect of the tournament being staged in the region with Israeli Prime Minister Naftali Bennett during what was his first visit to the country.

A spokesperson for Bennett posted on Twitter: “In their discussion, the Fifa chief raised the idea that Israel would host the #WorldCup in 2030, together with other countries in the region, most notably with the United Arab Emirates.”

Speaking to reporters about the prospect, Infantino cited a peace treaty signed last year between Israel, the UAE and the United States.

In comments that could have been made by predecessor Sepp Blatter – who thought football could help end the Israel-Palestine conflict and potentially earn Fifa a Nobel Peace Prize – Infantino said: “Why can’t we dream of the World Cup in Israel and its neighbours?

“With the Abraham Accords, why should we not do it here in Israel with her neighbours in the Middle East and the Palestinians?”

Any bid involving Israel could deal a further blow to a joint British and Irish attempt to land the 2030 World Cup.

The Middle East state is actually a member of Uefa, which plans to endorse only one such member’s bid for the tournament.

Infantino’s visit to Israel did not go down well with the Palestinians, who cancelled a meeting between him and the Palestinian Football Association after he appeared at two events organised by an official linked to former US President Donald Trump.

They included the opening of ‘The Friedman Center for Peace through Strength’ at the Museum of Tolerance set up by David Friedman.

The Palestinians were angry over the association with a former US ambassador whose policies they claim led to them severing ties with the Americans, as well as with the museum being located in Jerusalem.

The trip also saw Infantino defend plans by Fifa for a biennial World Cup amid a growing revolt against the proposal.

"The prestige of an event depends on its quality, not its frequency," Infantino said, dismissing criticism that staging the tournament more frequently would jeopardize its status. Every year, you have the Super Bowl, Wimbledon, or the Champions League, and everyone is looking forward to it."