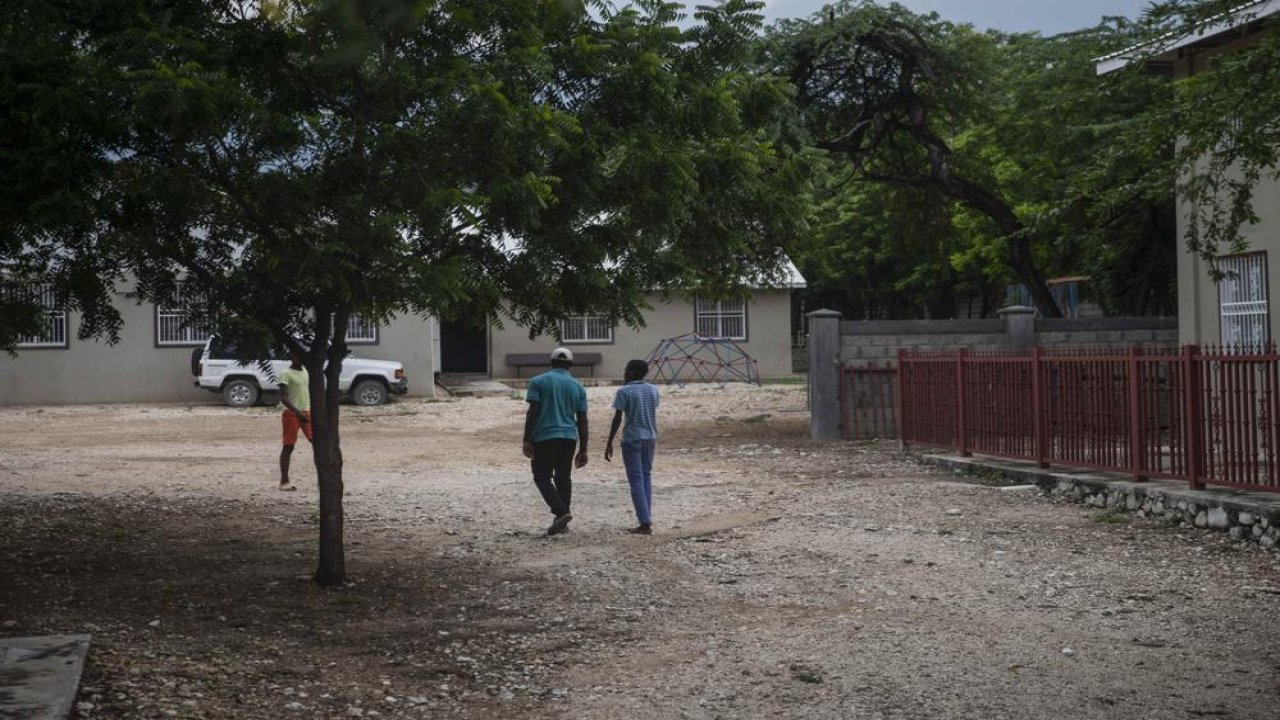 According to a voice message delivered to several religious missions by an organization with intimate knowledge of the issue, a group of 17 US missionaries, including children, were kidnapped by a gang in Haiti on Saturday.

The missionaries were on their way home from building an orphanage, according to a message from Ohio-based Christian Aid Ministries.

“This is a special prayer alert,” the one-minute message said. “Pray that the gang members would come to repentance.”

The message states that the mission's field director is working with the U.S. Embassy, and that the field director's family and one other unidentified man stayed at the ministry's base while everyone else visiting the orphanage was abducted.

A U.S. State Department spokesperson said that 16 of the missionaries were U.S. citizens, and that the kidnapping occurred in greater Port-au-Prince, the country's capital.

"We have been in regular contact with senior Haitian authorities and will continue to work with them and interagency partners," the spokesperson said.

The group is composed of five men, seven women and five children, Christian Aid Ministries said Sunday. One of the missionaries is a Canadian citizen, the group said.

"Join us in praying for those who are being held hostage, the kidnappers, and the families, friends, and churches of those affected. Pray for those who are seeking God’s direction and making decisions regarding this matter," the group said in a statement.

The 400 Mawozo gang kidnapped the group — which also included some elderly people — in Ganthier, a commune that lies east of the capital of Port-au-Prince, Haitian police inspector Frantz Champagne told The Associated Press.

The gang was also blamed for kidnapping five priests and two nuns earlier this year in Haiti.

The gang, whose name roughly translates to 400 “inexperienced men,” controls the Croix-des-Bouquets area that includes Ganthier, where they carry out kidnappings and carjackings and extort business owners, according to authorities.

Haiti is once again struggling with a spike in gang-related kidnappings that had diminished after President Jovenel Moïse was fatally shot at his private residence on July 7, and following a 7.2-magnitude earthquake that struck southwest Haiti in August and killed more than 2,200 people.

Gangs have demanded ransoms ranging from a couple hundred dollars to more than $1 million, according to authorities.

Last month, a deacon was killed in front of a church in the capital of Port-au-Prince and his wife kidnapped, one of dozens of people who have been abducted in recent months.

"My dear I'm going to tell you sincerely in regards to security we can not talk about this. On the security point, I can say [it has] been zero," Eugenio Gué, a Port-au-Prince resident, said Sunday.

Charles Pierre, a motor taxi driver in the city, said the kidnappings are having widespread effects on the local economy.

"People do not go out in the streets. We can not find people to transport," he said, saying it makes it hard to fulfill responsibilities to family.

At least 328 kidnapping victims were reported to Haiti’s National Police in the first eight months of 2021, compared with a total of 234 for all of 2020, according to a report issued last month the United Nations Integrated Office in Haiti known as BINUH.

Gangs have been accused of kidnapping schoolchildren, doctors, police officers, busloads of passengers and others as they grow more powerful.

“Political turmoil, the surge in gang violence, deteriorating socioeconomic conditions – including food insecurity and malnutrition – all contribute to the worsening of the humanitarian situation,” BINUH said in its report. “An overstretched and under-resourced police force alone cannot address the security ills of Haiti.”

On Friday, the U.N. Security Council voted unanimously to extend the U.N. political mission in Haiti.

The kidnapping of the missionaries comes just days after high-level U.S. officials visited Haiti and promised more resources for Haiti's National Police, including another $15 million to help reduce gang violence, which this year has displaced thousands of Haitians who now live in temporary shelters in increasingly unhygienic conditions.

Among those who met with Haiti's police chief was Uzra Zeya, U.S. under secretary of state for civilian security, democracy, and human rights.