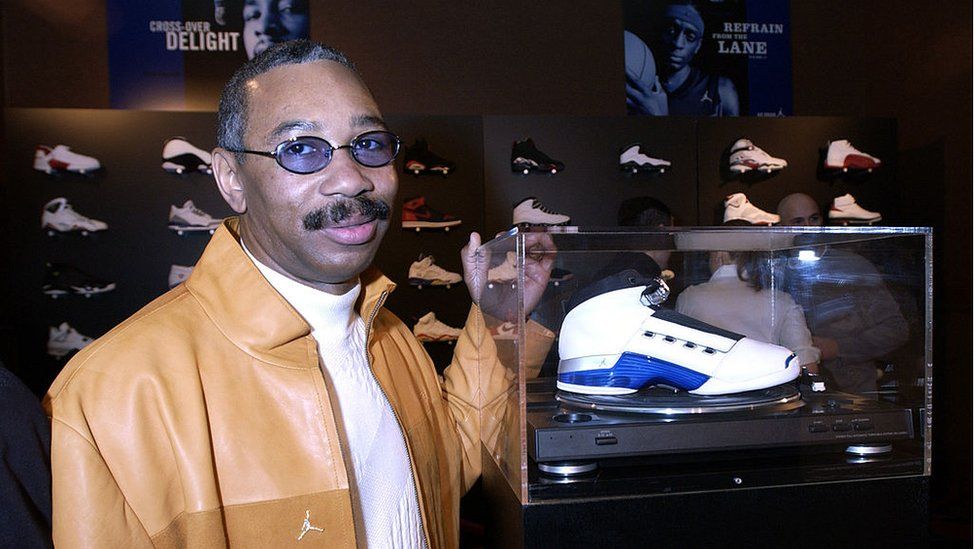 A long-serving Nike executive in the United States has admitted to shooting and killing a teenage kid 56 years ago on the streets of West Philadelphia.

Larry Miller, chairman of the Jordan Brand, spoke about the 1965 murder in an interview with Sports Illustrated.

"It was eating me up inside," he said of his actions at age 16, when he was "a straight-up gangbanger".

Mr Miller served a jail sentence for the murder. He says he did not lie about it, but he did keep it secret.

The admission comes ahead of the launch of his memoir next year.

Mr Miller said he had joined the Cedar Avenue gang in West Philadelphia at age 13, quickly changing from "a straight-A student" and drinking every day.

When a friend was killed by a rival gang member, Mr Miller, then just 16, says he grabbed a .38 handgun, got drunk with three friends and went in search of retribution.

Instead, on 30 September 1965, he fired into the chest of the first person they encountered: 18-year-old Edward White.

"That's what makes it even more difficult for me, because it was for no reason at all," he said.

Mr Miller described the decision to come clean about his past - which he has long hidden from his children, friends and closest business associates - as "really difficult".

"Because for years, I ran from this," he told Sports Illustrated. "I tried to hide this and hope that people didn't find out about it."

Mr Miller has been at Nike since 1997 and manages the daily operations of Nike Basketball, the Jordan Brand and Converse.

He is also a former executive at Kraft Foods and Campbell Soups, and an ex-president of the Portland Trail Blazers professional basketball team.

He says he never lied about his prison time in job applications.

Ahead of the interview, Mr Miller reportedly informed members of his inner circle, including basketball legend Michael Jordan and NBA commissioner Adam Silver, of the incident.

His forthcoming book "Jump: My Secret Journey from the Streets to the Boardroom" - written in collaboration with his oldest daughter - will detail the incident, as well as his multiple stints in juvenile detention and prison over a variety of offences.

Nike told BBC News in a statement that Mr Miller's life was "an incredible story of second chances".

"We are proud of Larry Miller and the hope and inspiration his story can offer," the company said, adding that it supported policies that help former prisoners "open new doors of opportunity and move forward with their lives".

Mr Miller says he hopes his story can help steer at-risk youth away from a life of violence and inspire formerly incarcerated people to know they can still make a contribution to society.

"A person's mistake, or the worst mistake that they made in their life, shouldn't control what happens with the rest of your life," he said.