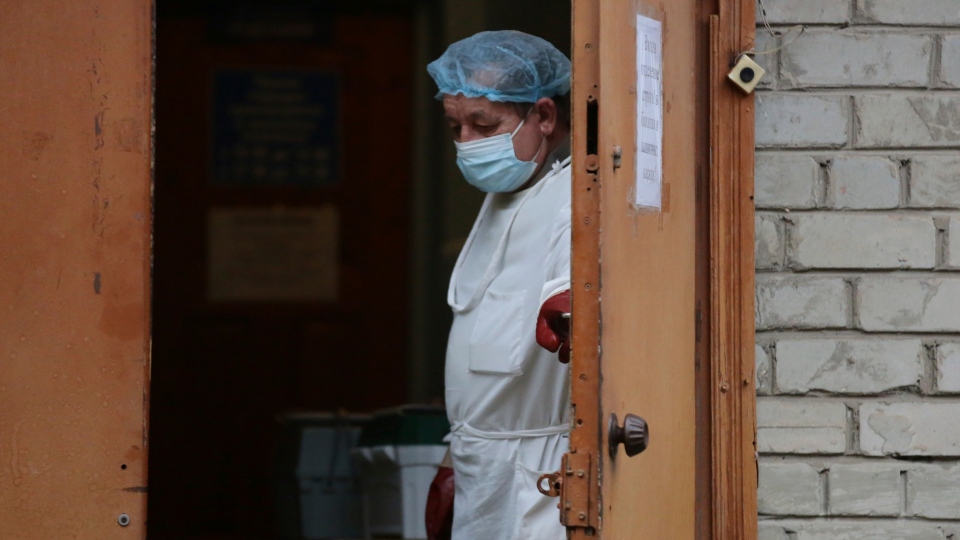 After a record number of COVID-19 deaths, Ukraine closed schools in coronavirus hotspots on Friday and issued a demand for immunization certificates or negative tests to use public transportation in the capital.

Schools in the capital Kyiv were ordered to close for a two-week holiday. In other "red zone" areas of high infection, schools would be permitted to reopen only if all teachers are vaccinated.

One of Europe's poorest countries, Ukraine fell behind in the race for vaccine supplies this year and so far only 6.8 million in a population of 41 million are fully vaccinated.

Infections have soared after a lull in the summer. Official data showed a record 614 new deaths related to COVID-19 in the past 24 hours, up from 546 on Thursday.

Countries in Eastern Europe, including both former Soviet states and ex-communist members of the EU, have many of the continent's lowest vaccination rates. Several have experienced record-setting waves of infection, with some of the highest death rates in the world in recent days.

In a bid to combat vaccine hesitancy, Ukraine has made vaccinations compulsory for some government employees such as teachers. The unvaccinated face restrictions on access to restaurants, sports and other public events.

"I will make unpopular decisions to protect the lives of Ukrainians," Health Minister Viktor Lyashko told parliament. "We must do what is expected of us today - to convince people to vaccinate."

Ukraine has received around 25 million doses and expects an additional 16 million by the end of the year, Lyashko said. The government has also secured additional oxygen supplies from neighbouring Poland, Lyashko said.

Additional vaccination centres have been rolled out, including at railway stations.

The western city of Lviv has announced more curbs are likely there. Parliament could make vaccinations compulsory for lawmakers wishing to enter the building.

Ukraine's tally of infections in the pandemic stands at 2.72 million, with 63,003 deaths.